On the eve of large-scale trade wars, “The US Against All”, the upcoming week will be extremely interesting. Bloomberg, referring to its sources, reports that some representatives of the US White House are making attempts to resume negotiations with China before the trade tariffs will come into force. We will remind you that at the moment the amount of approved tariffs for Chinese goods is $ 34 billion. Last week everyone was shocked when the American president asked US Trade Representative Robert Lighthizer to prepare a list of Chinese goods for $ 200 billion.

Economic statistics, that you can read following the link, and geopolitical, trade tension are going to make main pair this week extremely volatile. The United States are extremely wary of replies to its tariffs and additional trade restrictions, since counter restrictions can slow the economic growth of the United States. And this will drop the probability of the forth interest rate raise this year. 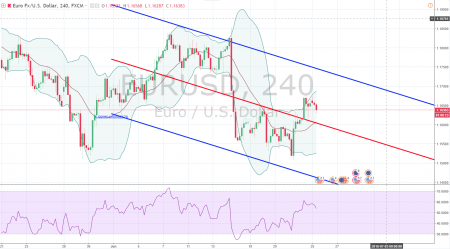 On Wednesday The Reserve Bank of New Zealand is going to make the interest rate decision. But this is rather bearish factor for the New Zealand dollar. The state still cannot accelerate the economy. Inflation is below 1%, unemployment is falling, but very slowly. Besides trade tensions between the world’s largest economies (the US and China) create pressure on New Zealander, as the PRC is the main trading partner of New Zealand.

On Tuesday trade balance for May will be published. And at 1:00 (GMT) on Wednesday the business confidence from ANZ for June will become known On Tuesday it’s better to take a closer look at this pair, as the sale of the New Zealand dollar against its American namesake is expected. 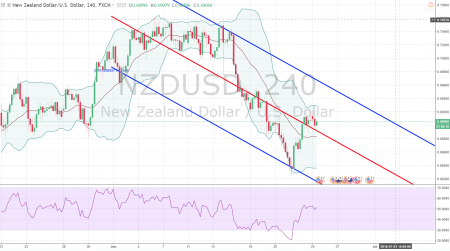 Pound’s fans, are going to be satisfied as well this week. On Thursday the EU leaders will meet to discuss the UK’s exit from the European Union (Brexit). Positive signals will definitely strengthen the British pound, but we will find out about it on Thursday and Friday.

On Tuesday, Ian McCafferty a member of the Monetary Policy Committee of England is going to speak. On Wednesday, the Bank of England Chairman Mark Carney will report on the financial stability. On Thursday, Speaker of the Committee on Monetary Policy Andy Haldane is going to speak as well. And on Friday after the release of business investment the GDP of the UK for the first quarter will be released.

Positive signals on Brexit, more or less positive macro statistics will give forces to British bulls. On the contrary, further uncertainty over Brexit will put even greater pressure on the British pound. 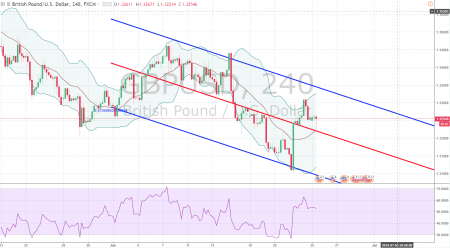 OPEC and OPEC + on Saturday published the final communique, though it doesn’t contain specific figures, who and how much increases production. Saudi Arabia assured that it intends to “substantially” increase production. Therefore, the market will react to increasing production progressively. On Wednesday, the drop the US crude oil inventories supported the oil price till the end of the week, but today we can see a gap down.

This week, it is worth paying attention to the production rates in the OPEC member countries and look for entrance point as production increases. 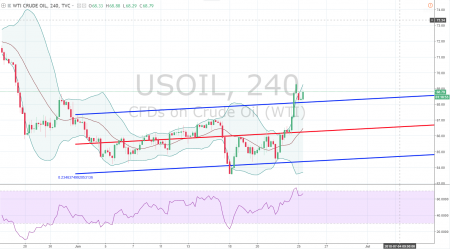